Little did I think that three weeks or so ago, when we had that lovely mild spell, that we would dive head first back into a freezing winter. But we did. It seemed so unfair to be tempted with the joys of spring to come, to have 48 hours of torrential rain, followed by a big freeze and a few days of snow. Max’s paddock was like a frozen paddy field!

Thank goodness that awful, freezing wind has dried the ground out. At least we have to be thankful for that. But it’s still freezing at night and frosty in the morning, with no sign of a change on the horizon. I think that this sky sums up my mood at the moment. Am so very fed up with the weather. To have floods after two, glorious, warmer dry weeks. Then to have the snow directly after all that rain, which froze the ground solid, was the last straw. Living in the country with animals, the weather dictates what you can do each day. Roll on the Spring! 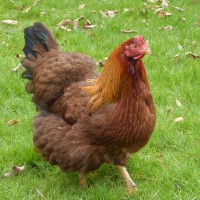 60-something country lover living in a small cottage in the depths of the countryside.