It’s with a very heavy heart I have to write that I have lost another hen. Hattie, originally known as Ruby, one of my two new ex-battery hens who arrived just three weeks ago, died tonight.

She’s never been so perky as her compatriot, Lottie (originally Nellie), who is very feisty. She has spent a lot of time in the coop ever since she arrived, but I noticed today that she was moving very slowly. I gave her a sugary drink to see if it would perk her up. But, if anything, she seemed worse. When I came in for supper, she had put herself to bed, but I feared she wouldn’t last the night.

Went out to close their pophole a while ago and I found her dead in the run. I am gutted. So sad. I feel guilty that I didn’t pick up on it earlier, but it is so difficult to see changes in an animal’s behaviour when you aren’t familiar with it. Oh dear, I feel as though I have let her down…. *She says with a large lump in her throat*

My one consolation is that she had a couple of months of freedom from her previous life in a battery cage. 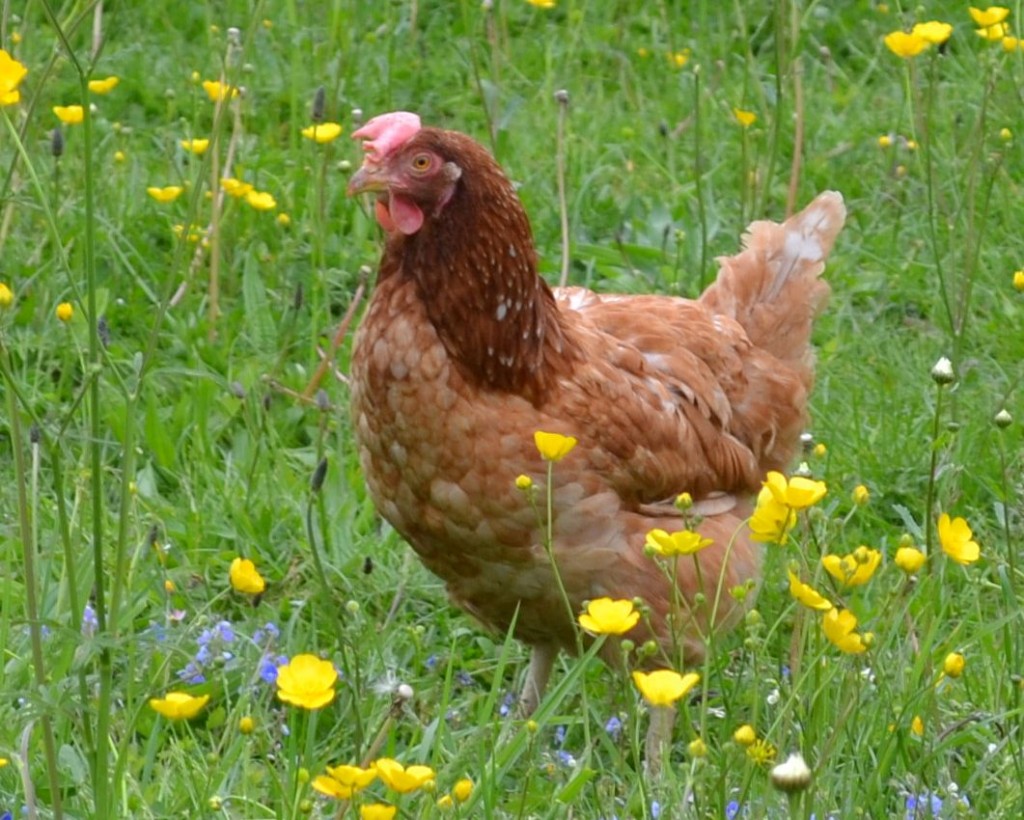