Thursday could have been a disaster. Luckily it wasn’t. It was, in fact, quite a hoot.

I had committed to being a poll clerk for the County Council elections on Thursday. Despite having resided in Norfolk for over thirty years the name of the village on my appointment letter was new to me. So it called for a reccie to be sure of where I was going at 6 a.m. the next morning.

What I found was a sweet, corrugated iron village hall that looked pre-war, but wasn’t, but it was not far off! There weren’t many more than 250 voters on the electoral roll in the two villages, so, I thought, this is going to be a long, slow day.

I arrived at 6.30 am  to be greeted with a jolly ‘hello’ and a wave from my presiding officer, who turned out to be a bundle of laughs. As were some of  the residents who dropped in to vote. The average age of the voters had to be sixty.  But then, there were forty or so postal voters, so maybe they were all young. I sincerely hope so, for the villages’ sake!

When we opened the doors, promptly at 7 am, our first arrival was waiting outside. They came in, wandered around and left without voting… 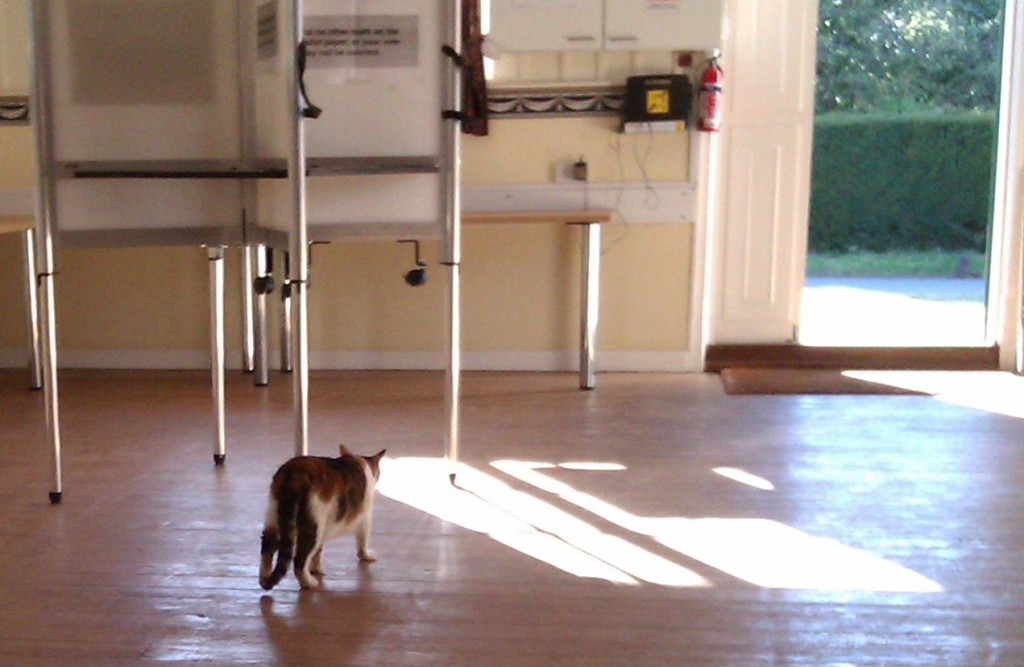 We only had 57 voters all day, but they were well spaced out and we met some really lovely people. Everybody, with only a couple of exceptions, was really jolly and we had some very interesting and sometimes, hilarious, interactions!

Many voters were accompanied by their dogs, of varying heights and ages, but one lady came in with something quite unusual on the end of a lead… 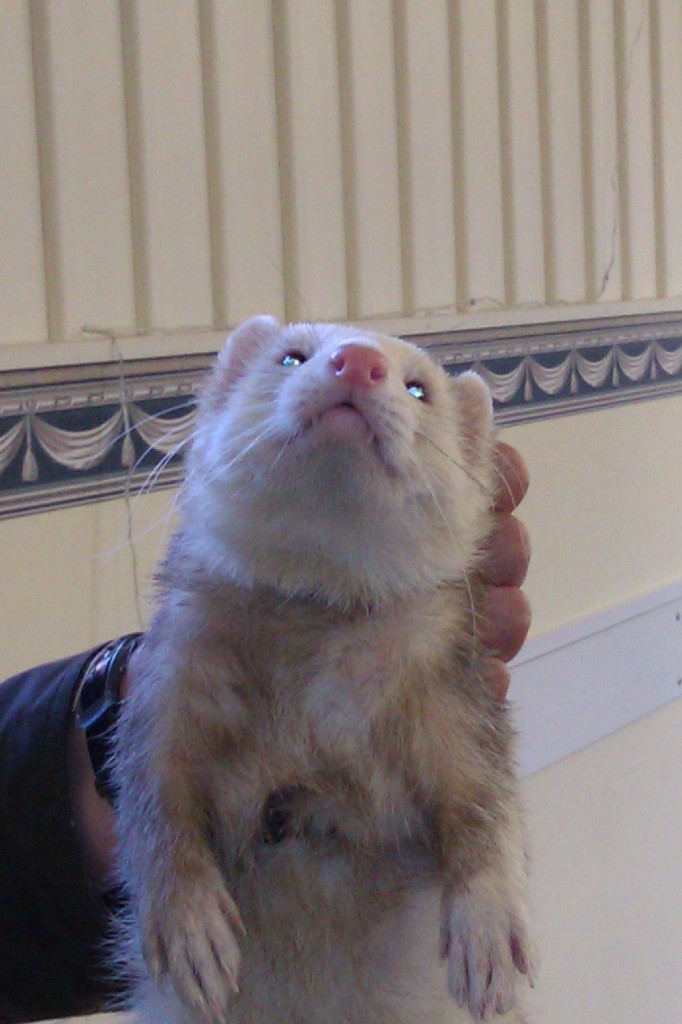 I wonder whether you can guess what he is?  He really was a sweetie. I even plucked up courage to stroke him AND I didn’t get bitten, which is more than that chap on Blue Peter could say. Ha ha.

I took loads of magazines, half a ton of sandwiches, cakes, buns, sweets and my Kindle. Needless to say I didn’t do much reading, but I did stuff myself ! I didn’t however eat everything, so had a lovely lunch today on the leftovers.

I thoroughly enjoyed my day, and I was paid for it too. So that can’t be bad, can it?!