Little did I think when I snapped Buffy having her dust bath in the bonfire ashes on Friday, (see yesterday’s 365 #18 post) that it would be her last performance.

I went out late last night to say goodnight to Max and to close up the hens’ coop, because I had been watching the last in the series of The Village (which I found most disappointing!).  After I had dropped the hens’ pop hole door, I went back to Max to give him a couple of carrots and heard argie bargie in the hen coop. As though they were squabbling about having the best perch on which to roost (though no clucking).  Then there was a ‘thud’, which was strange. I now know that it was Buffy falling off her perch. Whether she had a heart attack and toppled over onto the hen next to her, causing the ‘argie bargie’ sounds or whether somebody pecked her and she fell off the perch and broke her neck, I will never know. But there wasn’t a mark on her. So I suspect the former.

She was the star turn in my post for 365 #18 on Saturday. When responding to one of the comments, I said that I hadn’t bonded with any of the hens that I had left, because none of them would let me touch them, let alone pick them up. This wasn’t, technically, true.

Buffy was my ex partner’s hen. When we went to pick them as point of lay pullets, I chose Polly because Light Sussex hens lay really well. My ex chose Buffy, a Buff Orpington, because she was so pretty, like a ballerina, he said. She had a lovely bussle and skirts and seemed to glide across the ground. Against all the odds, she laid an egg a day practically all year in her first year. Which must be unusual for her breed..

In May, three years ago, Pippa, M’s horse, whom he had owned for nigh on 16 years, had to be put down. It was a Thursday so I took Friday off to be around for him. It was 4.15 in the afternoon and I was washing Max’s tail in front of the stables. I happened to look up and saw Buffy, in the jaws of a fox, being dragged off into the ditch at the bottom of the paddock. I ran down there wailing like a banshee and waving my arms like a helicopter.  The fox, probably wondered what an earth was coming in his direction, dropped her in the ditch and bolted!

Poor Buffy came up out of the ditch rather the worse for wear.  She let me pick her up, wash, dry and treat her wounds. Poor thing was in shock. But she survived and three or four days later was all but back to her normal self.  She was a sweet hen, without an ounce of malice in her.

I’m so glad that she had such a wonderful time in the bonfire ashes the day before she fell off her perch. R.I.P Buffy dear. 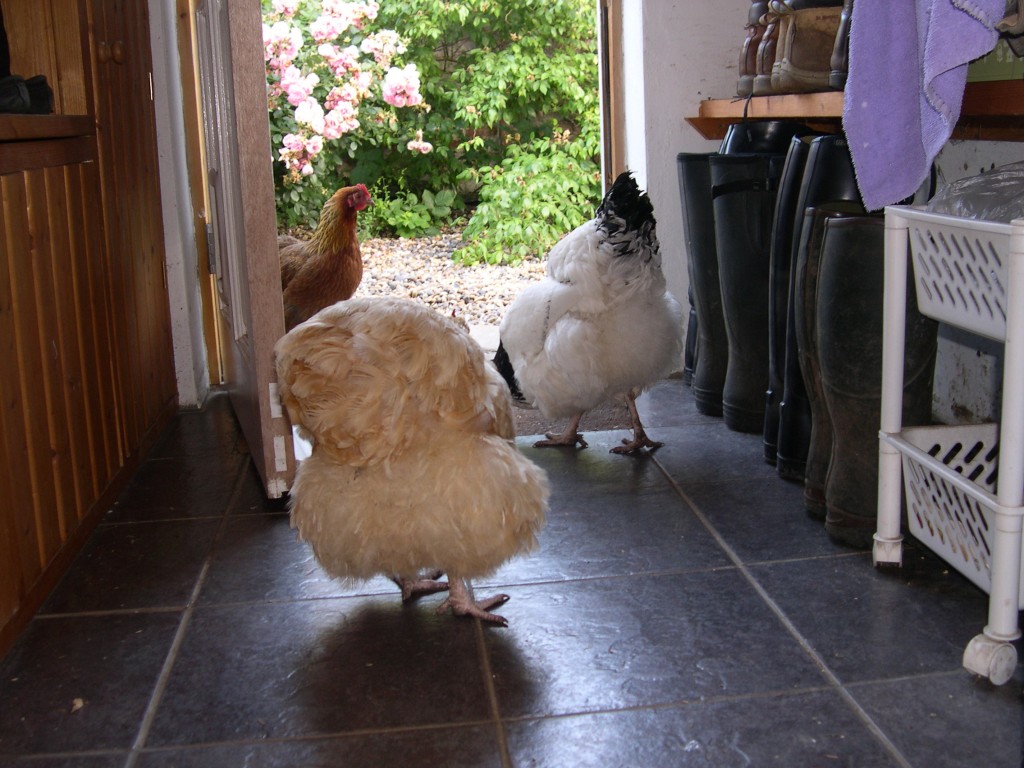 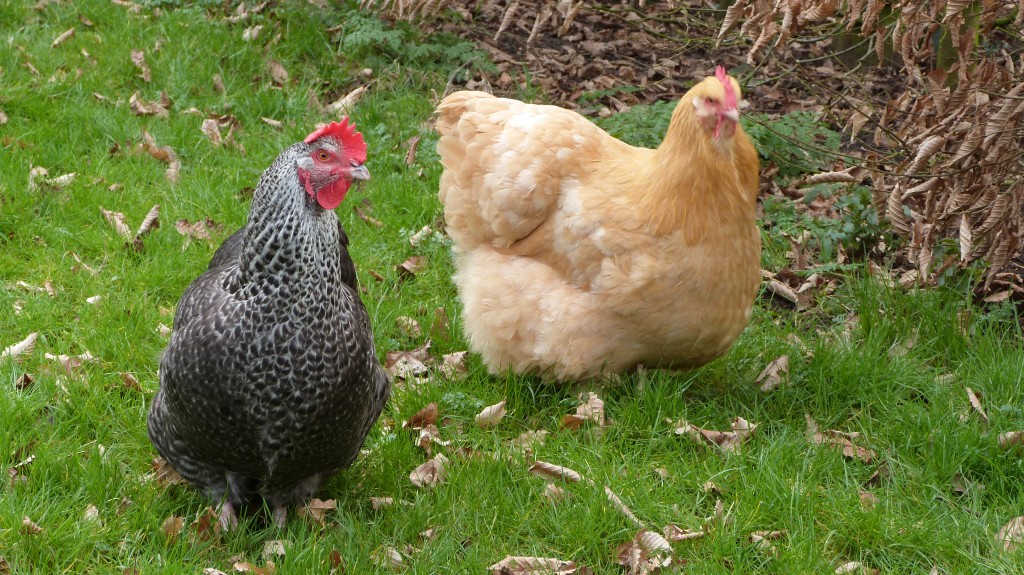 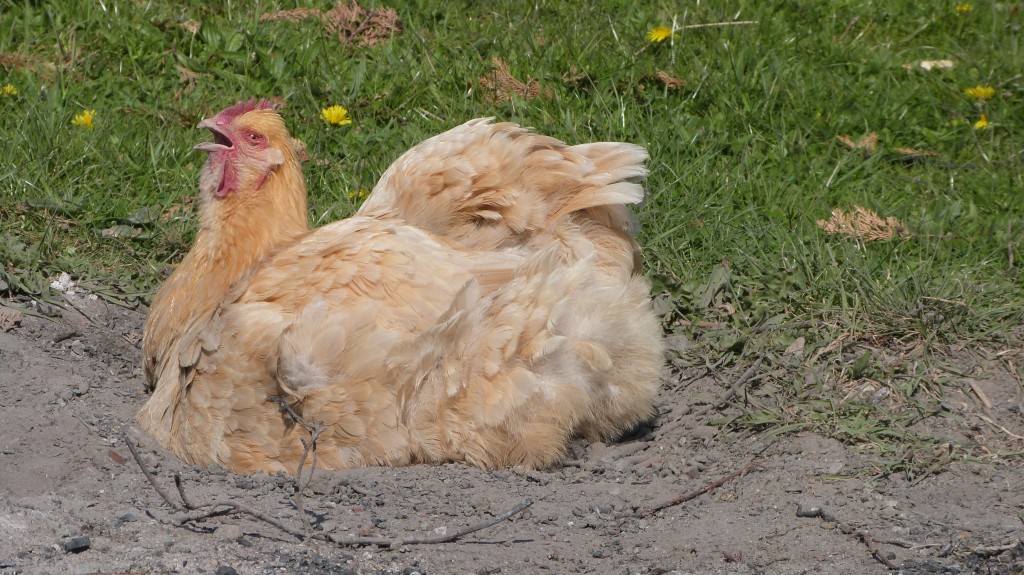