I awoke on Monday morning with a sinking feeling in my stomach. Looking out of the window I realised why. A blanket of snow covered the garden, shrubs trees, fences as far as the eye could see. It was 6.10 am and I had to be at work by 9 am.

I groaned as I pulled on my three layers of stable clothing. Brrrr I thought, as the central heating hadn’t yet kicked in. Managing to get downstairs without being tripped up by  Minnie or Maisie who chased down with me, hopeful for a handful of biscuits for breakfast, I filled the hens’ saucepan with water.

After yet two more layers of clothing, a silly-looking wool hat with ear flaps and thick gloves, I ventured out of the back door. Brrrr, I said out aloud.  Brrrrr, I said again, as I looked at the  thermometer.  -12 degrees it said. Brrrr flippin’ brrrr, I said again.

After giving Max his breakfast I mucked him out. His droppings (poo to you) and the water in his bucket were frozen solid, as was the outside tap.

I groaned, (again) when I saw the accumulation of snow on the netting above the chicken run. 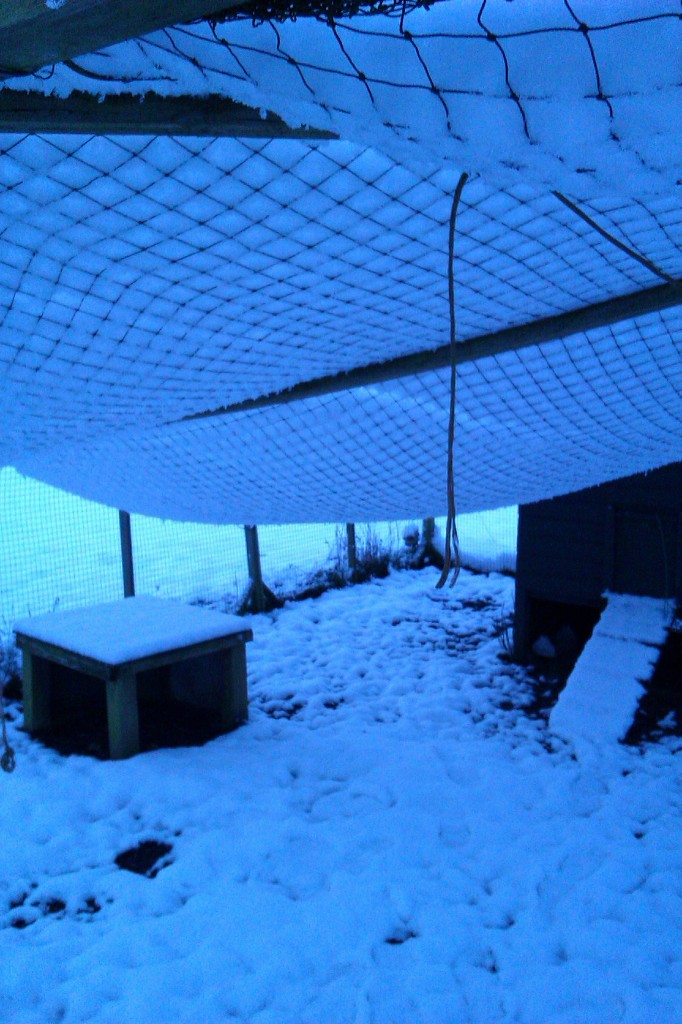 Instead of 5′ high, the weight of the snow had reduced the height of the netting to more like 3′. Before I could open up the hens’ pop hole, I would have to remove the snow weighing down the netting. This I did with a broom, from underneath. Thank god for my hat, I thought, as the snow showered down around me.

I found some parcel tags (which were, surprisingly, where they were supposed to be) to anchor the netting that I’d pulled tight down the sides of the run. This done, I could open the pop hole. 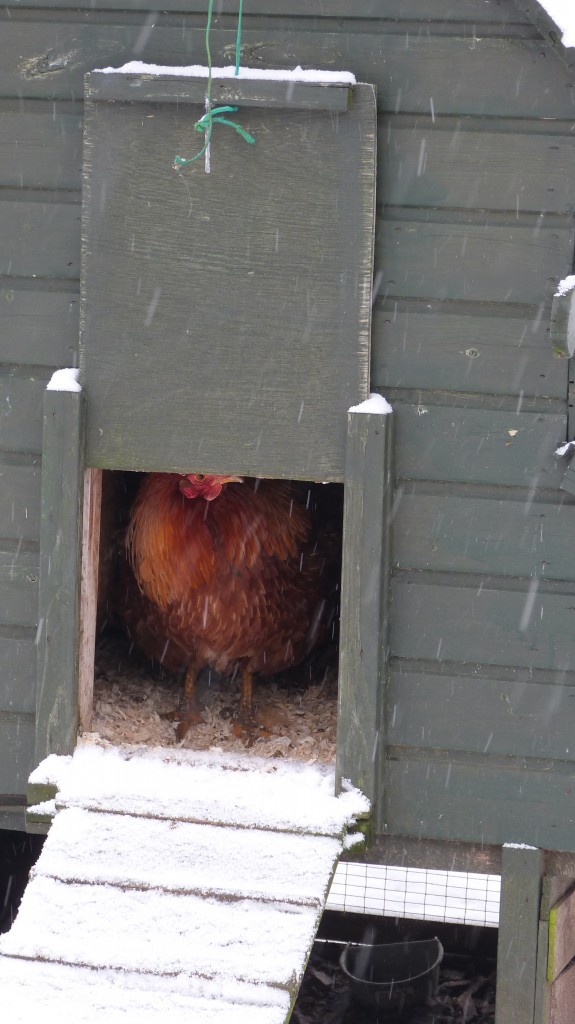 Don’t want to come out, thanks very much

Oh well, stay in there I said, and they did – all day. Don’t blame them, at -12 degrees I didn’t want to stay outside either.

Next job? Breaking the ice on the trough with a lump hammer and scooping it out with a sieve so it didn’t knit together. It was over an inch thick. Brrr, I thought.

Had to fill Max’s water buckets in the bathroom and every time I went into the house my glasses steamed up. What a struggle, I thought as I trudged down the drive to open the gate. All of this before I try to get to work to start my day job!

Finally, all the outside jobs done, I could go in to shower, breakfast, get dressed and off…. Oh, better get the snow off the car and turn on the ignition to warm it up, I thought.  Easy peasey, right?  But no, I couldn’t open the driver’s door! No matter how I tugged, it wouldn’t budge! So back into the house for some warm water and a sponge and yet again not being able to see because of my glasses steaming up. Blow this for a game of soldiers, I thought, as again I left the house with a another bucket of warm water. After a few minutes, I managed to thaw out the ice around the door and it opened. Allellujah, I said as I started the car. Crikey, it started first time!

As I drove down the drive, a mere 40 minutes late for work, I looked in the mirror to see Max standing by the gate, looking at me …. 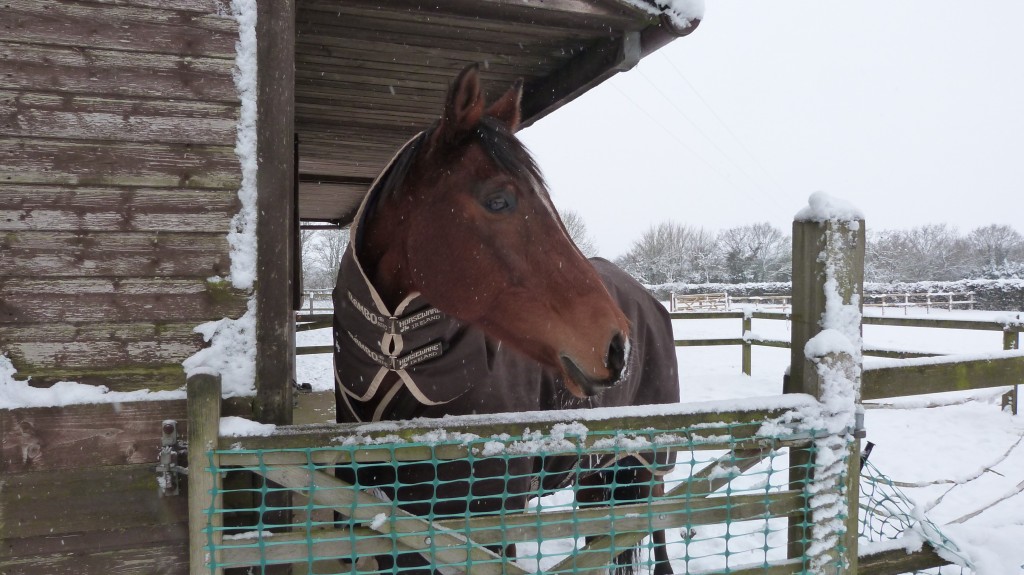 Can I come in now please, mum?

8 thoughts on “The joys of country living”